Home » Blog » How to Supercharge Your Content Marketing Strategy with RSS 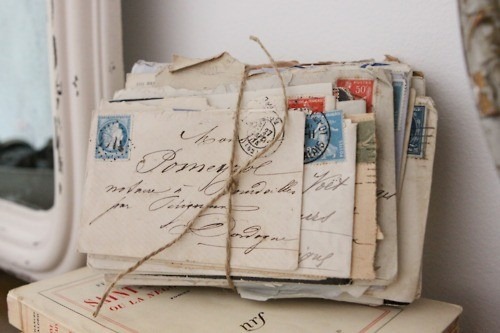 Content Marketing is one of those ever-changing fields of study that is constantly evolving with the demands of the masses. Historically speaking, the very first form of mass content dispersal was made possible with the printing press. Large, human operated mechanical machines printed the very first ‘copy’.

Today, reaching out to a nation is reduced to a matter of seconds. If something major should happen – and the media gets sniff of it, within seconds the Tweet-o-sphere is full of hashtags. The news channels sharply follow and eventually the ‘spiced up’ version of the story starts showing up on people’s news feeds in Facebook.

But we’re not the journalists or reporters you see in the evening news. No. We’re bloggers. We’re content marketers. It is up to us, to seep into every nook and cranny of the interweb and find out the best content marketing strategies there is to find. Maybe even invent some.

You’ve probably heard of RSS – which is the acronym for Really Simple Syndication. RSS has a rather interesting history and Wikipedia will tell you all ‘bout it. Today we’re going to talk about some of the ways RSS can supercharge your content marketing strategy.

Contents Hide
1. RSS Saves a LOT of Time
2. Selective Reading for the Right People
3. Loyalty
4. No Question of Junk Inboxes
5. You can Embed Advertisements in RSS Posts
6. Conclusion

RSS Saves a LOT of Time

When RSS started off, it was heavily promoted in the front page banners of prominent news channels’ websites like CNN and BBC. That’s probably because the companies realized that people are busy. They have jobs to go to, places to be at and dinners to prepare. People also wanted (or needed) the daily news. They had the TV. But what about the rest of them who didn’t have time for TV and would rather read it off the Internet?

They didn’t have the time to go through all the articles, page by page.  A new tab for every story, for every page? Come on!

RSS took all this and neatly organized it in a set of links. The RSS Reader (a generic software that was available for all operating system) parsed these links and presented them in an organized, streamlined fashion. For those of you who’ve never used an RSS reader before, think of this as your Facebook notifications. (And please install an RSS reader).

You could add multiple RSS feeds and read all of them from the same app’s window.

Thus, when you use RSS, you’re inviting authentic readers to your site. They and only they have the highest probability of turning into a lead.

Selective Reading for the Right People

Imagine you’re an avid gamer. You play online with your friends for about three hours every day. One of your buddies tell you that BBC has introduced a new internet only section for the video gaming community. You’d probably be exited and would go ahead and check it out.

Again, most people (gamers) would simply copy the RSS link (if it’s available) and paste it into their RSS Reader software.

This is again a win for your company. Why? Because you’ve earned a loyal reader.

When you run a promotion or a giveaway, this person would be the first to reach the station.

Of course they would!

They are fans! They’re loyal. And they’d do anything for their team. Even get into tons of fights in some cases.

So think about the impact factor you’d be creating if you could curate a loyal fan base. Remember, it’s not always about the numbers as much as it’s about their quality.

A majority of RSS readership includes loyal readers. These are the folks who are most likely to convert.

No Question of Junk Inboxes

There are a lot of folks who use dedicated junk inboxes. The idea is very simple. You create an email account which’ll accumulate all the junk email you get from 1000s of subscriptions – special offers, one-time only offers, and what not.

You never open the inbox, and just use it for a product that’s locked behind the email.

I too am guilty of using this technique. But I can justify my actions. Here’s how – many sites promise you a free eBook and “other freebies” in exchange for your email address. Most of the time they turn out to be crap. Utter nonsense. Ultimately, they don’t even respect your email’s privacy and sell it off to other email list brokers. Yes, they exist.

I like my inbox neat and clean. Therefore, I use a dedicated junk inbox. In the first attempt, I use the junk email ID. If I like what I see, I will automatically signup for the link.

This is where RSS is better. It’s free and it doesn’t care if you clicked on the signup link! It gives you better statistical data on the number of people who read your site’s content.

You can Embed Advertisements in RSS Posts

Ads are everywhere – in the media, public transport, websites and what now. Thanks to the Internet’s magnanimous growth, the online advertising budget has shot up thrice.

RSS shouldn’t be left out too – and it isn’t. You can always embed an unobtrusive advertisement in your RSS content using the appropriate WordPress plugin.

RSS is a personal favourite for the people who would actually pay for your product and not stick around only for the trial week/month. If your content is good, you will undoubtedly gain recognition. But the amount of time to get to that status is quite variable, and depends on your content marketing techniques. You may have a river of golden information flowing in your site. It is up to the content marketer to show the way!